The 2018/19 season of the popular Mibosport Cup Winter Series will kick off on the weekend of the 20th October in Hrotovice. Attracting over 400 drivers in total including the likes of Ronald Völker, Michal Orlowski, Christopher Krapp, Max Mächler, Martin Hudy, Daniel Kobbevik, David Ehrbar and Martin Bayer, last year’s series was again a great success. This year the series is run in the nine classes of Touring Car Modified, Stock LRP, Formula, 1/12 Pancar, 1/10 GT Pancar as well as 2WD Modifed, Stock and 4WD Buggy. New category is Stadium Truck. The Touring Modified and Formula classes will roll on Volante tyres, the Stock class utilises Sweep rubber while the off-road categories will run Schumacher tyres. After each race participants can look forward to big raffle from sponsors. Traditional are MIBO RC Girls at the race. As usual the on-road races will be run on the proven black ETS carpet while the off-road track is laid out with the same carpet as used at the EOS. On offroad also many new jumps. Both tracks will be also under the permanent supervision of the referees.

More information about the series and registration can be found here: www.mibosport.com/en/mibosport-cup-2018-19 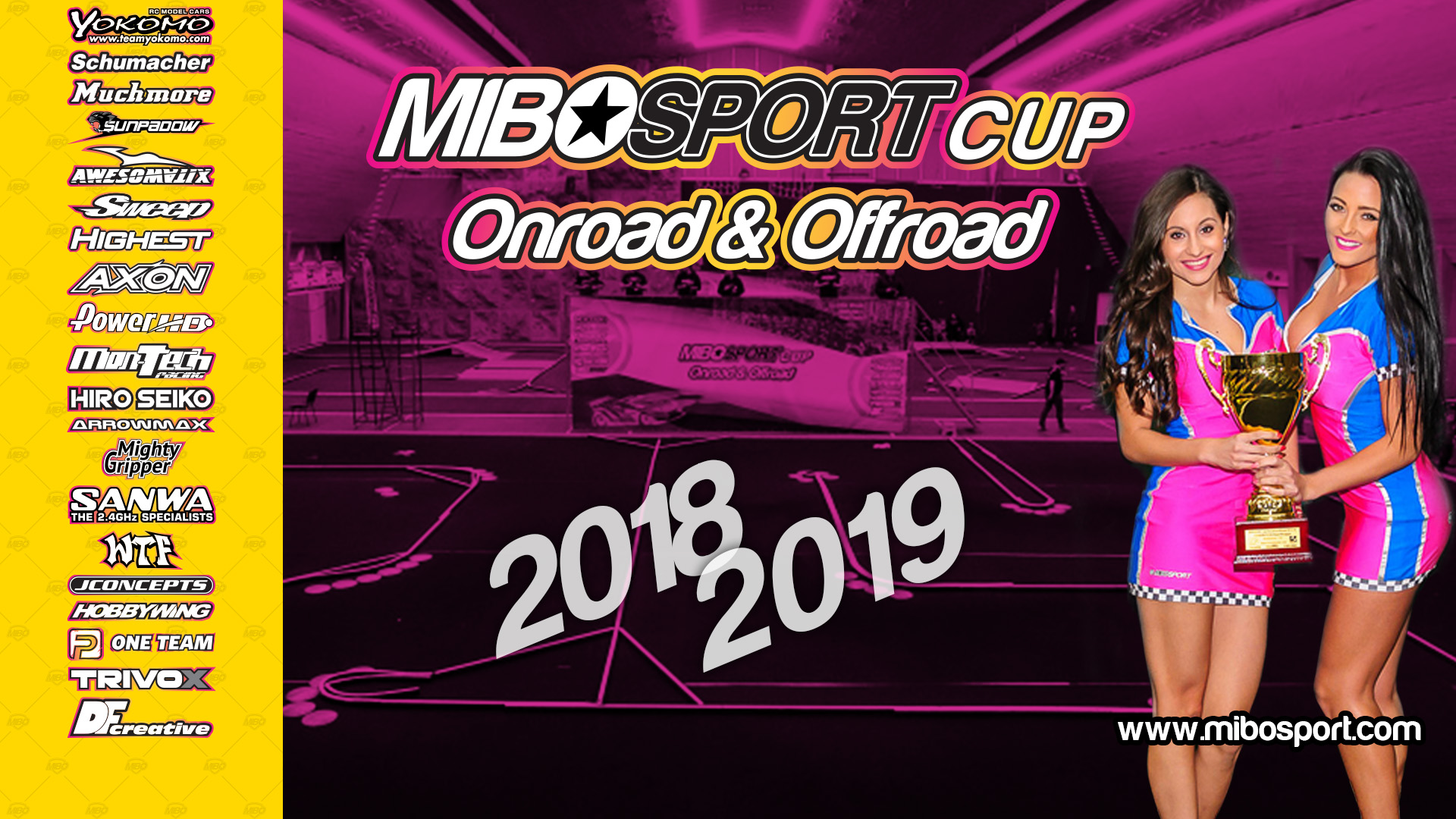