Based on the YD-2Z chassis, a new machine equipped with a 4-gear transmission S series gearbox that allows the motor rotation to be used in the anti-torque direction is now available.

The YD-2ZS can be equipped with a gear case by using a specially designed upper deck adapter. Since the base chassis is the YD-2Z, it is also great that standard size batteries such as straight packs can be installed. Naturally, the details have also been upgraded to the latest specifications, including Φ 4.8mm pillow balls and drift-specific springs. 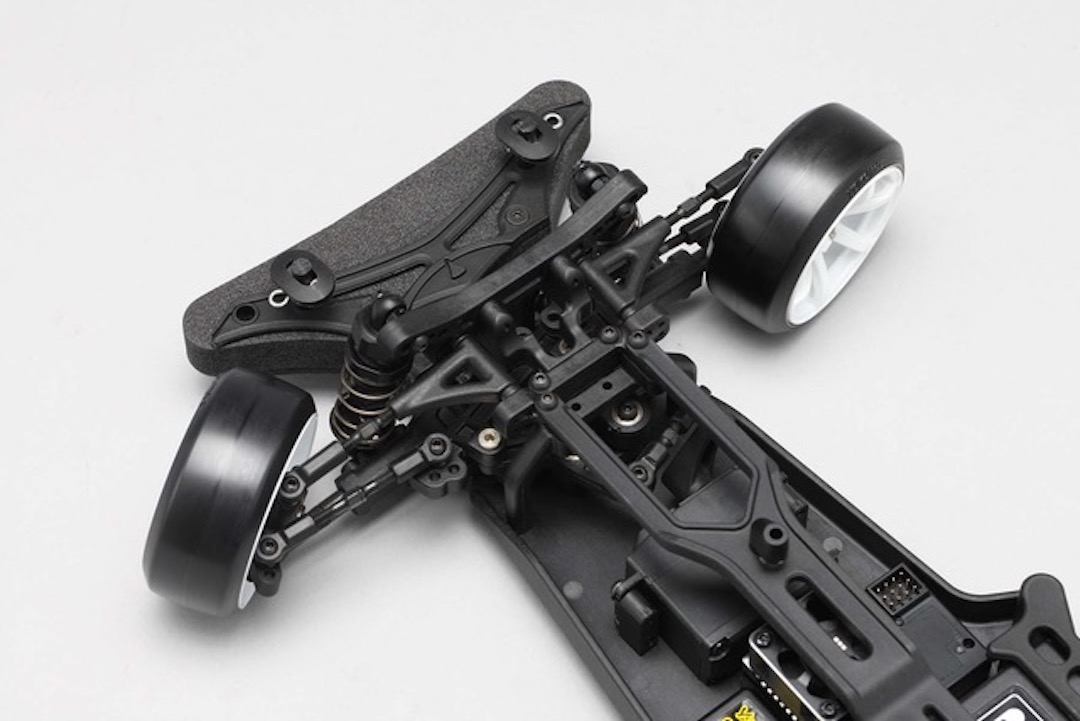 The front section is the same as the previous YD-2 series and uses a highly reliable steering system. Standard size batteries that could not be installed in the S series can now be installed. The throttle is turned on and force is applied in the direction of pushing the rear down, making it easier to gain traction during acceleration.