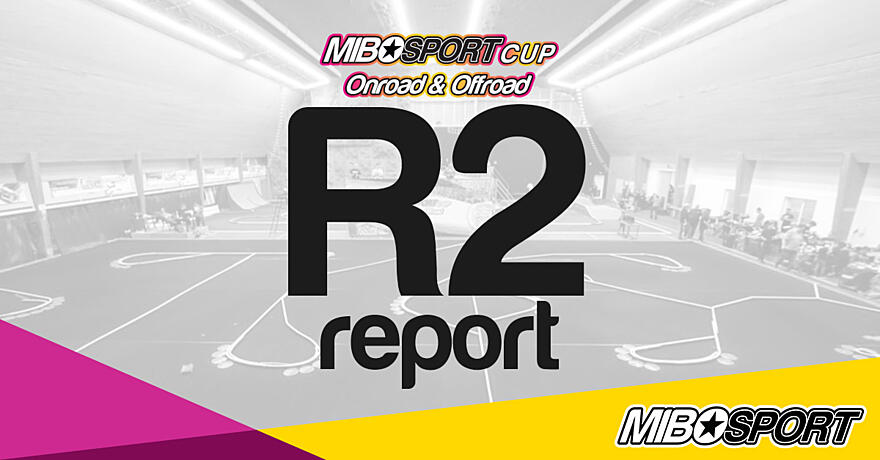 Mibosport Cup round 2 was organized on 16th of November. Almost 230 entries did make their way to Hrotovice's Sports Hotel exactly in the middle of the month. This number sounds even more interesting when we consider 10 different nations on the starting grid. The strong offroad class competition was extended by Jessica Palsson's arrival and World Champion Ronald Völker came to race in Modified class.

Racing basement was ready from Friday's morning and both onroad & offroad tracks have been waiting for kicking off the practise heats. The hall was pretty much crowded already on the beginning of practise and still there had been a few people who were coming on Saturday's morning.

Buggy 2WD Modified: Max Götzl defended his TQ really well and showing just his back to the rest of the field he took the victory. Bartek Zambrzycki was fast as well and managed to get the runner-up spot in front of Jessica Palsson. Hupo Hönigl had to accept fourth position and Bartolomiej Kramza finished fifth.

Buggy 4WD Modified: Almost the same scenario was repeated in 4WD buggy class. Max Götzl made his way through up to the first place leaving no hesitation about his pace. Jessica Palsson did really well. Another balanced performance from talented Swedish lady left her on the deserved second position.

GT Stock 17,5T: The “real-looking-body” class was again dominated by Ales Pelikan. He drove flawlessly and did tone to tone victory in each run he attended. Günter Krausgruber moved himself up to the second position in front of Lukas Vopat.

FWD: Alexander Mayer, who won the first Mibosport encounter, had to leave the top spot for now.  Werner Spannbruckner was on point and finally he took the first place. Alexander had to satisfy himself with runner up spot, while Tomas Liptak moved up to the last podium position available. Lukas Hoch finished right behind Tomas and Roman Fiby was fifth.

Formula: Lukas Hoch managed to exploit TQ position from qualies and reached the highest position on podium. Werner Spannbruckner somehow squeezed himself into formula class top drivers club. Third position on the grid was even improved to second overall. Simon Horak finished third after a few ups and downs in finals. Thomas Dvorszky managed to get fourth position and Herbert Weber took the fifth.

Pro Stock 13,5T: Comparing to rd.1, Oliver Havranek was the only remaining ETS A-main driver on the grid, what brought him to being clear favourite of the race. Despite the fact, that surprise could come from each driver, Oliver was unbeatable and took victory. Radko Cernohous moved to second position even though he had no practise on Friday. And Simon Horak completed the TOP3. Ales Pelikan put some decent runs giving him fourth place overall, right in front of Karel Kratochvil.

Modified: Ronald Völker declassified the rest of the field by a margin. Winning without any issue he at least started a fight for the second spot. This one was taken by Oliver Havranek, who defeated Matej Sulc on third position. Harley Eldridge finished fourth and Kuba Simurda was fifth.